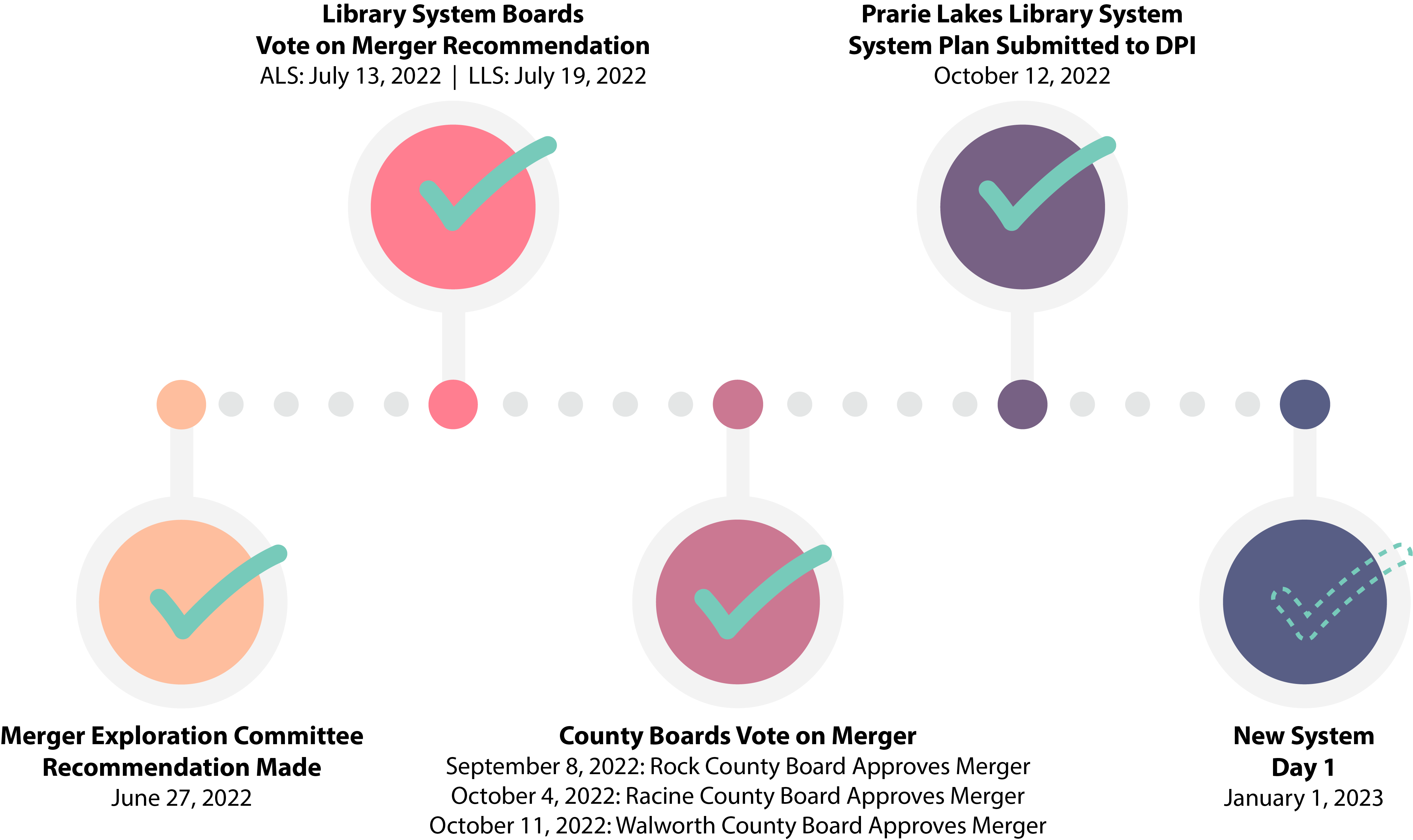 Following Walworth County’s vote and ahead of the October 15 deadline, the necessary annual system plan was filed with the Wisconsin Department of Public Instruction declaring the formation of PLLS and the dissolutions of ALS and LLS. A few of the next steps include appointing representatives to the PLLS board of trustees and developing policy recommendations for the new board to adopt.

“This merger process has been years in the making, really, but the last 10 months have been an intense stretch of research, planning, and collaboration,” said Steve Platteter, director of Arrowhead Library System.

Steve Ohs, Administrator of Lakeshores Library System added, “It’s tremendously rewarding to see the partnerships we’ve forged become solidified, the research the exploration committee completed used to inform our communities, and the strategic goals of this merger be embraced so enthusiastically not only by every library in both systems but also by all three counties.”

Patrons will not be directly affected by the merger; local library boards will maintain local control over their policies and procedures as before (as outlined in state statutes), and because library systems are funded through state appropriations county budgets need not be altered. The merger’s primary benefit is reduced overhead and administration costs, which will result in more dollars for services.

Prior to the vote, Rock County Supervisor Bill Wilson summarized the benefits of a merger, “The result of the merger is fewer dollars being spent on administrative purposes and more dollars being available for direct services to aid libraries.”

In August of 2021, the Boards of Trustees of ALS and LSS each voted to embark on a journey to determine if the two library systems should merge, thus forming a new regional library system that would serve the counties of Racine, Rock, and Walworth.

The eight-member ALS/LLS Joint Merger Exploration Committee identified and researched issues related to the merger. The committee compiled the issue research with background information, supporting documents, and an executive summary creating the detailed Final Recommendation Report. The Joint Merger Committee voted 7-1 to recommend a system merger. The ALS and LLS Boards of Trustees reviewed the final recommendation document. Then in July, each library system board voted unanimously to proceed with a merge.

“This merger is so exciting for our area because it solidifies a lot of partnerships patrons are already benefitting from and opens the door for additional improvements,” says Steve Platteter, Director of Arrowhead Library System.

Prairie Lakes Library System would begin operation on January 1, 2023, and maintain current services and operations during its first year. PLLS also plans to engage in year-one strategic planning to align its services with the needs of its 22 public library members. Patrons will not be directly affected by the merger; local library boards will maintain local control over their policies and procedures as before (as outlined in state statutes), and because library systems are funded through state appropriations and fees to member libraries, county budgets need not be altered. The merger’s major benefit is reduced overhead and administration costs, which will result in more dollars for services.

The ALS/LLS Joint Merger Exploration Committee’s Final Recommendation Report and other public documents relating to the proposed merge are available at https://drive.google.com/drive/folders/1Kgm2-75arnZG2xBdV-LXVx28-JNL094m?usp=sharing. County Board meetings and meetings of the ALS/LLS Joint Merger Exploration Committee are open meetings with time for public comment. Send questions to als-llsjointcommittee@wils.org. 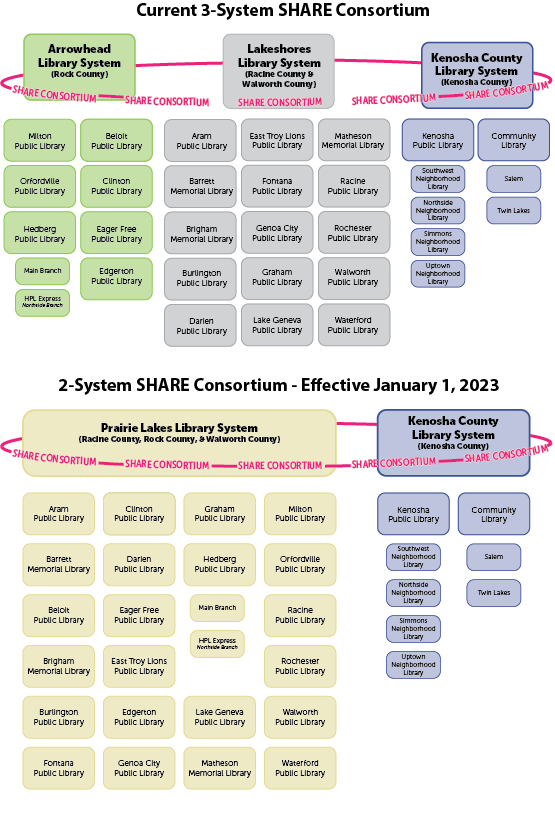