Following Walworth County’s vote and ahead of the October 15 deadline, the necessary annual system plan was filed with the Wisconsin Department of Public Instruction declaring the formation of PLLS and the dissolutions of ALS and LLS. A few of the next steps include appointing representatives to the PLLS board of trustees and developing policy recommendations for the new board to adopt.

“This merger process has been years in the making, really, but the last 10 months have been an intense stretch of research, planning, and collaboration,” said Steve Platteter, director of Arrowhead Library System.

Steve Ohs, Administrator of Lakeshores Library System added, “It’s tremendously rewarding to see the partnerships we’ve forged become solidified, the research the exploration committee completed used to inform our communities, and the strategic goals of this merger be embraced so enthusiastically not only by every library in both systems but also by all three counties.”

Patrons will not be directly affected by the merger; local library boards will maintain local control over their policies and procedures as before (as outlined in state statutes), and because library systems are funded through state appropriations county budgets need not be altered. The merger’s primary benefit is reduced overhead and administration costs, which will result in more dollars for services.

More information about admission stickers for state parks and forests is available on the DNR’s website. 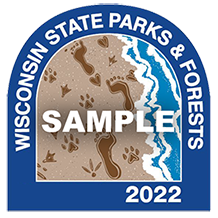 Right now we’re planning on a basic refresher for circulation in Workflows including the new features we added earlier this year, the SHARE Anywhere mobile app, and the SHARE catalog.

If you have any additional ideas, please send them in with your registration form and we’ll add them to the agenda.

Tuesday, November 8th at 10 AM at Elkhorn

Right now we’re planning on a basic refresher of the cataloging wiki and the process for cataloging in Workflows.

If you have any additional ideas, feel free to send them in with your registration form and we’ll add them to the agenda.

The IDEA (Inclusion Diversity and Equity in Action) Team is looking for Wisconsin library staff from all backgrounds and areas of library work to serve on an advisory committee for winter 2022- spring 2023.The purpose of the IDEA Team is to facilitate and organize statewide learning on topics related to diversity, equity, and inclusion (DEI) for Wisconsin public library workers, with a focus on race and racial equity. Last year we organized the LSTA-funded, statewide learning project WI Libraries Talk About Race.

This advisory committee is an opportunity to:

Please read the full Call for Applicants before completing an application.

Applications to serve on the IDEA Team Advisory Committee are due October 30th, 2022.

If you have any questions, please reach out to Mark Jochem (mjochem@scls.info).

Shared from WI Libraries for Everyone Friday, October 28, 2022

Wisconsin’s Poet Laureate, Dasha Kelly Hamilton, will be the special guest for a virtual wellness session for Black, Indigenous, and other people of color (BIPOC) working in the library field. Please join BIPOC librarians for Walking in Community on Tuesday, November 29, 2022, at 3.p.m. CT. The event is hosted by librarians Kel Hughes Jones with Waukesha County Technical College in Pewaukee, WI and Amanda Leftwich with Montgomery County Community College in Blue Bell, PA and funded through the WiLS Ideas to Action Fund.

This free, 90-minute gathering is part of a year and a half long, research-based, virtual wellness and spirituality project to unite BIPOC librarians across disciplines throughout Wisconsin and around the United States. This event will not be recorded.

To sign up for the virtual gathering, register at https://bit.ly/walking-in-community. 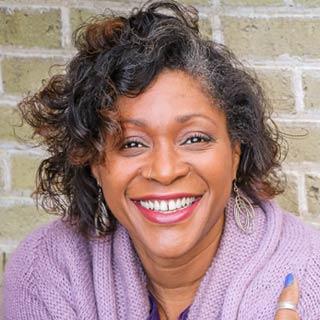