WiLS is delighted and honored to help unveil the Prairie Lakes Library System logo, designed by none other than Tovah Anderson, Public Information Coordinator for the newly formed system. With native flowers and a nod to Frank Llyod Wright, it highlights features that make Rock, Racine, and Walworth counties so special.

In December 2021, the 11-member Arrowhead Library System (ALS) and Lakeshore Library System (LLS) Joint Merger Exploration Committee met for the first time in a conference room at the Milton Public Library. The member library directors, system directors, and board members kicked off the nearly 9 month process with WiLS staff members, Melissa McLimans and Jennifer Chamberlain, acting as facilitators as well as researchers, writers, and process partners. WiLS started the process by working with the Committee to develop project principles, achievable process outcomes, and a clear roadmap to successfully honor and accomplish each. The Committee, with WiLS at the helm, was able to articulate and answer critical questions so that Committee as well as member libraries, system board members, and county officials, could support a merger.

“This merger process has been years in the making, really, but the last 10 months have been an intense stretch of research, planning, and collaboration.” – Steve Platteter, Director of Arrowhead Library System According to Steve Platteter, “WiLS played an invaluable role in the merger exploration process. Their guidance and facilitation made the process seamless, transparent, and allowed committee members to focus entirely on the task at hand instead of on project management. This process had so many key dates involving a number of government entities, WiLS’ specialized assistance was tantamount to our success.”

Monthly committee meetings culminated in a final recommendation report, a Committee vote in favor of merger, and then subsequent votes at the system and county levels to officially merge the Arrowhead and Lakeshores Library System to form the new Prairie Lakes Library System (PLLS). The new system will become official on January 1, 2023. LLS Director, Steve Ohs, shared, “It’s tremendously rewarding to see the partnerships we’ve forged become solidified, the research the exploration committee completed used to inform our communities, and the strategic goals of this merger be embraced so enthusiastically not only by every library in both systems but also by all three counties.” WiLS couldn’t be more excited for the new system and the member libraries it will serve.

Swenson’s award-winning book is also the featured winter title for the Robert O. Cook Memorial Arboretum StoryWalk®. Kids and families can join her for a StoryWalk® Celebration at Janesville Schools Outdoor Lab (3570 County Rd A, Janesville, WI 53548) on Thursday, December 15, at 10 a.m. Swenson will walk along and read her book, then warm up with cocoa and cookies provided by the City of Janesville Recreation Division. 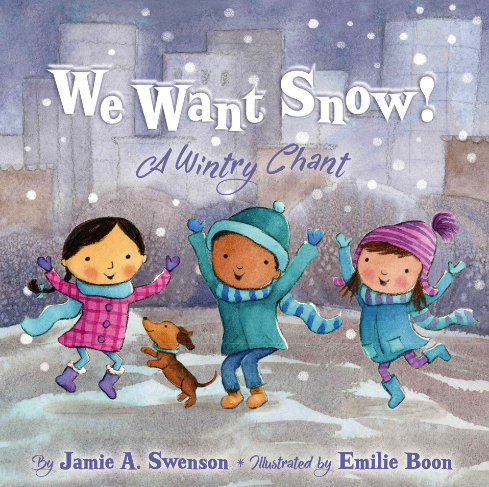 Right now we’re planning on a basic refresher for circulation in Workflows including the new features we added earlier this year, the SHARE Anywhere mobile app, and the SHARE catalog.

If you have any additional ideas, please send them in with your registration form and we’ll add them to the agenda.

Congratulatory notes need to be written!  Efforts by WLA members to build relationships with members of the legislature in recent years have yielded tremendous success! 2023 is a budget-producing year when successful advocacy for state library aids is of critical importance.

Handwritten notes from the library community have become WLA’s “brand.”  Now is the time to congratulate all newly elected legislators and old friends! All returning legislators provided unanimous support for library funding in the last session!

The list of state legislators linked here is sorted so you can easily separate the newbies from the incumbents, and occupants of the odd numbered senate districts elected in 2022 from the rest whose terms expire in 2024.  Addresses are provided for all. You just need to invest two first class stamps to reach out to your own Senator and Assembly Representative.

No need for complex messaging, just an introductory note that establishes a friendly connection for future communications when we will focus on WLA’s state budget agenda.
• Start with a simple sentence of congratulations – on either the legislator’s first-time election or re-election to the Wisconsin Legislature.
• Follow with an “I am…” statement identifying your connection to Libraryland.
• End with simple statement of one way the library you most closely associate with is a vital community partner within the legislator’s district.

To verify your correct Senate, Assembly and Congressional districts, enter your personal address in the search box at Who are my legislators? 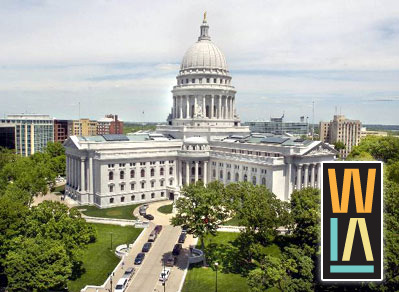 Save the Date: Library Legislative Day

2023 is a budget producing year and we need your help!

What we all have in common are success stories that need to be shared with our legislators! Please gather your stories of how the crucial state investment in library and information services makes a daily difference in the lives of the Wisconsin residents – and bring them to Madison on February 7 for Library Legislative Day!

It’s time again for the Collaborative Summer Library Program Virtual Summer Symposium. Join them December 8, 2022, from 10 am to 3:30 pm.

Not able to attend the virtual event live?
No need to register – the Symposium will be recorded. Recordings will be available after the event, or you can sign-up at registration to have an email sent when the recordings are posted.

Based on partner and user feedback, Libby continues to improve the search and discovery experience for users with access to multiple library collections.

In the coming days, Libby will release an update to automatically show users with multiple library cards the quickest option to access the title they want to read. Here’s how it will work:

Note: When a user runs a search, Libby will not show content that isn’t in their active library’s collection. Additionally, while Libby shows the quickest way to get a title, users can still see the title’s availability across all their libraries and choose where to take action. See how this works on Libby Help.

Watch this quick overview video about the update.

This update will provide the following benefits:

As always, please reach out to your Account Manager with any questions.

Shared from WI Libraries for Everyone November 9, 2022

The study’s goals were to:

In April 2022, designated contacts from public library systems, public libraries, and K-12 public school libraries were asked to voluntarily submit an inventory of locally licensed databases. Between May – June, those same libraries participated in a voluntary needs assessment survey and multiple interviews and focus groups.

The Final Report, which includes both data and recommendations, is also available in the Project Highlights section of the Libraries Grants & Funding page on the DPI website.

Next Steps
The Library Services Team will use the Final Report data and recommendations to:

Thank you to the libraries who participated in this study; your input is vital in this work going forward! We are, however, keenly aware of the study’s limited scope. Discussions will continue with other stakeholders on how the report intersects with trends and needs in those communities. Stay tuned for additional updates as this work continues.
See more posts on the WI Libraries for Everyone page.

The BadgerLink team seeks applicants to participate in the BadgerLink Advisory Group. To maintain balanced representation, preference will be given to academic, K-12 school library, and other community organization professionals this round.