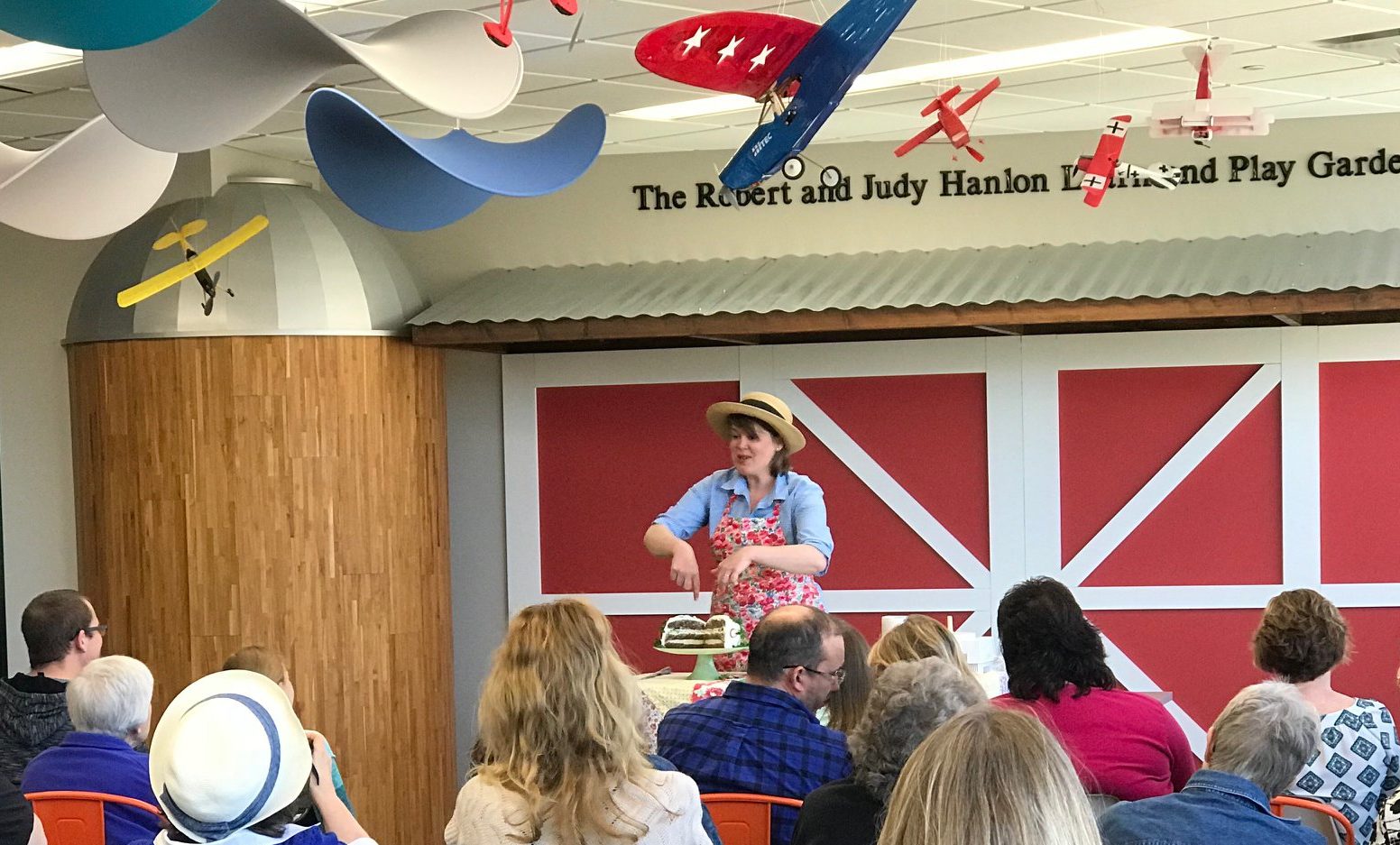 Inga Witscher, host of Wisconsin Public Television’s “Around the Farm Table”, taught an audience of more than 60 spectators how to construct a Scandinavian sandwich cake known as a smörgåstårta. Witscher’s Smörgåstårta was comprised of pumpernickel bread sliced in three layers, a lemon and dill trout mousse layer, and a cream cheese-cucumber-radish layer. The sandwich cake was frosted in cream cheese and decorated with sliced vegetables and fresh herbs. encouraged creativity saying any combination of fillings is acceptable, try or chicken salad, salmon mousse, etc.

Witscher further delighted the crowd with her personal stories about her family, starting an organic dairy farm, and growing up in a family that encouraged making your own dreams a reality. The atmosphere of the demonstration made it feel almost as if the audience was gathered around Witscher’s farm table listening to her hilarious stories while she prepared a meal to share.